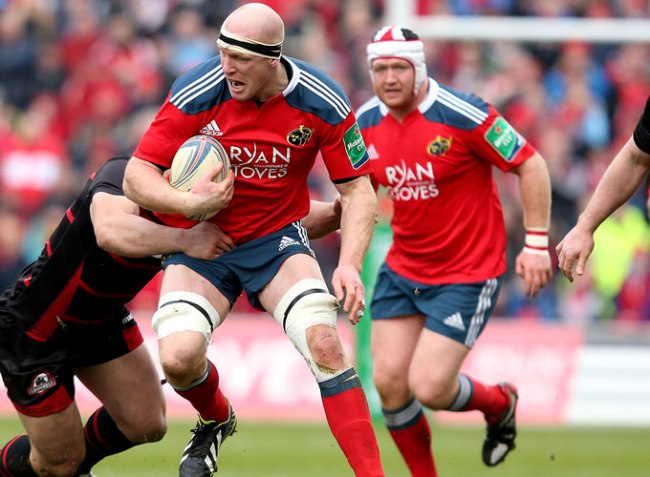 Well, that was a great weekend for Irish rugby, with Munster, Ulster and Leinster all winning and all safely installed in the Heineken Cup quarter-finals, and the first two having home advantage there: only the second time that three Irish provinces have got out of their groups, the first having been 2012 – too late for Sean. Best of all is that Munster are playing really well.

It would be difficult to overstate the importance of the Heineken Cup in our household from around 2002, when Sean first took a serious interest, onwards. Pauline and Susanna bought into it; for me it was very important and for Sean it was virtually a matter of life and death. He was a huge Munster fan; he also loved Leinster. Ulster never managed to get out of their group during the period of his fandom, and did not share in his adulation. (He actually died on a Heineken Cup weekend – after Munster and Leinster won, and before Ulster lost.)

From the moment the group draw for each season’s competition was made, the various permutations and possibilities would be a matter of intense discussion. The fact that Munster always seemed to be in a ‘group of death’ only added to the excitement. Once the action started we followed every moment on television, being strictly armchair fans as far as the Heineken Cup was concerned (we did go to see some club and international matches, and Sean of course was a very good player – I watched him play dozens of times).

Munster qualified for every quarter-final from 1999 to 2014, with one exception – the season of Sean’s death (when Leinster won the trophy for the second time, and Sean O’Brien was European player of the year). Leinster were more erratic up to the first of their three cup wins, in 2009, but usually managed to get out of their group. Both provinces provided us with many emotional rollercoasters and some wonderful occasions, notably Munster’s eventual lifting of the cup in 2006 (more of a relief than anything, after so many near misses) and again in 2008.

It’s nice that Sean’s name lives on in top-class rugby – at one time he had ambitions to be a professional player himself. Now there is a ‘new’ Sean O’Brien in the Ireland under-20 squad, so we will be hearing that name for many years to come, I hope. Rugby may not really be a matter of life and death, but it will always be important to Pauline and to me.

2 responses to “The Heineken Cup”