Some diary extracts … September to November 2000

1/9/00 – The kids’ first day back at school – Sean going into 4th class and Susanna into 1st … Sean was disgusted to get homework on his first day, and generally wasn’t happy to be back at school, whereas Susanna was … Pauline read Harry Potter to the kids in bed.

3/9/00 – Pauline and the kids went to Ballyjamesduff after lunch – Pauline was doing a stained-glass demonstration at the museum … the kids had a great time and had a ride in the pick-up truck from The Waltons.

4/9/00 – Sean and Susanna had homework – Sean is getting better at all aspects of school work, and is pleased when we tell him this. He’s getting pretty good at pool as well.

6/9/00 – Sean had soccer training … he really enjoys it. END_OF_DOCUMENT_TOKEN_TO_BE_REPLACED 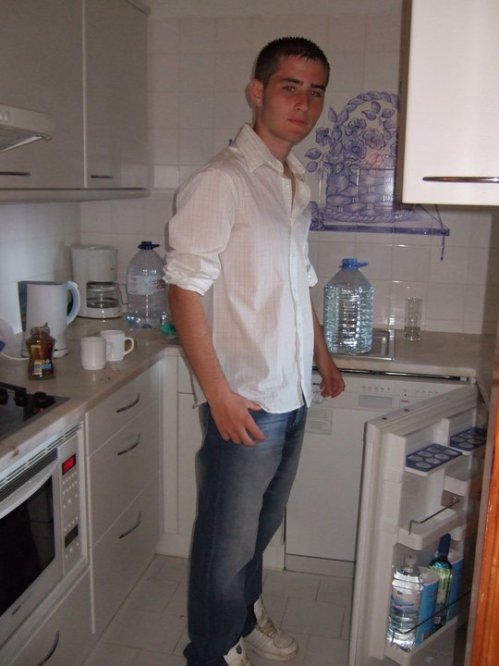 This is song number 14. To listen to it, please click here: Gone Away

All Because of You

This is song number 13 … to listen to it, please click here: All Because of You

All Because of You

These are some more ‘out and about’ photos that Sean took when he worked briefly for the Cavan Post last June … taken in Relaghbeg House, near Bailieborough, at the launch of a charity calendar. I think Sean was very good at taking photos of people in which they showed something of themselves … even in the hustle and bustle of a busy bar.

Sean has recently missed the 21st birthday parties of his good friends Ciaran (Tunt) and Aaron F … nights he would have loved. He was missed at them.

Typing the above into your browser will now take you to this blog.

There was a particular period, a few years ago, that I have mentioned before – Sean’s last year at school, I think – when he and I used to spend a lot of time in this office in the evenings … I was on this computer, probably blogging, and Sean was immediately behind me, facing right, on the other computer … probably chatting or playing games (in exactly the spot where he would die).

He played music all the time while he was doing this, and I was introduced to a lot of good stuff that was new to me. We would talk about the tracks and the bands he played, many of which I have already featured in this ‘Sean’s music’ series of posts. There were two tracks by the Irish singer/songwriter Damien Rice (with Lisa Hannigan) that we really liked … softer, gentler music than Sean usually went for. ‘Nine Crimes’ and ‘The Blower’s Daughter’ – beautiful and wistful. We listened to them a lot, and they capture part of the mood of the time, which I remember so well.

Eight months today, Sean … we love you, and miss you terribly. END_OF_DOCUMENT_TOKEN_TO_BE_REPLACED

As I have mentioned, Sean’s one long weekend as a professional photographer – just over a year ago – was a busy one. As well as Killinkere Jamboree, Kilnaleck Fleadh and three Gaelic football matches, he covered various social events, under the rubric ‘Out and About’.

The ones in the slideshow were taken at a charity fundraiser … some of them look a bit painful.

1/12/00 – We got the kids out to school. Pauline went to Virginia, where the kids are doing a show that Anne and Pauline have prepared them for … the show went well, but she and Anne are going to insist on having more time to prepare the kids in future … Maire rang from Dunshaughlin on her way home from the USA – Sean and I went to her house, turned on the heating and lit the fire.

2/12/00 – AJ and Andy arrived, and spent much of the day here – Sean was overjoyed to see them … Sean beat me in a game of chess, which pleased him greatly.

7/12/00 – We had parent–teacher meetings … Sean and Susanna are both doing well – the only negative note is that Sean is often ‘in a world of his own’ and has to be repeatedly reminded to concentrate on his work … Pauline took the kids to Dublin – she had to buy stuff in the glass shop, and was taking them to see The Grinch … I played chess with Sean. END_OF_DOCUMENT_TOKEN_TO_BE_REPLACED

A few people have asked me about my songs, and I know it’s a bit difficult to find them as they are spread out all over the blog. So, here are the links: