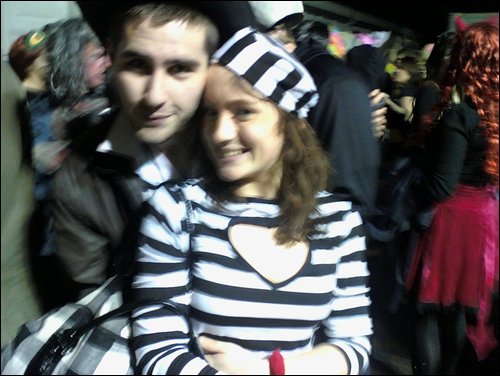 It is four months today since Sean died. It also happens to be his mother’s birthday (last year on her birthday card he wrote: ‘Happy B-day Mam. Hope you have a great day and a great year. I really do appreciate everything you have done, and continue to do for me. I love you as much as a son could love his mother. Sean. PS. Sorry about the horrible card.’)

What would Sean be doing now if he hadn’t died? Well, he would probably still be here living with us, although it’s possible that he and Clio would have got a place of their own. He would have been trying to get work, and might have been working in a bar, for example. He had been offered a place at Dublin City University for next year, and wanted to save money to fund it.

He would have been listening to music a lot, especially Bob Marley and the Wailers. He would have been keenly following the fortunes of the Irish teams in the Heineken Cup (still somewhat shocked that Munster didn’t reach the quarter-finals) and the Six Nations. In football, he would have been especially interested in last night’s match between Arsenal (whom he had followed for years) and Barcelona (whom he greatly admired, even though he was pleased to see Inter beat them in last year’s Champions League final – something on which he and I disagreed strongly).

If living here, he would have been enjoying his food, the dogs, the fire at night, and all the comforts of home. He would have been socializing as the opportunity arose, and spending as much time as possible with Clio. People would have been ringing him constantly and arranging to meet up with him.

He would have finished the website he started for the local heritage society, and might have got other web development work. I would have been encouraging him to pursue his photography, and he would probably have done this.

He might even have been in Australia by now, or making serious plans to go there. Shortly before he died, when Pauline was driving him home from somewhere, he told her that he and Clio were thinking of going to Australia for a few months, to pick fruit. Pauline got a bit upset, and said, ‘What if you don’t come home?’ Sean put his arm around her and said, ‘Of course I’ll come home.’

Wherever he was, and whatever he happened to be doing, what’s certain is that Sean would have been occupying fully the world in which he lived – testing it out, enjoying it, wallowing in it, laughing at it – while also testing out and enjoying his ever-surprising, developing and evolving self. He would have been loving his world and the people who shared it – loving being a clever, funny, gregarious and charismatic 19-year-old Irishman in the year 2011.

And his world would have been loving him back.