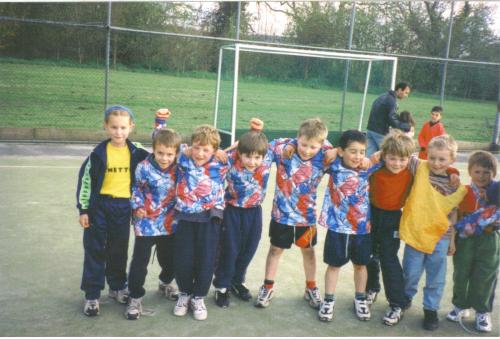 1/3/98 – I sat in Bewley’s for quite a long time, drinking coffee, and overheard a sad conversation – a father and his son, whose other son/brother is missing, were getting details of this man’s last known movements from his girlfriend … [later] While Susanna was in the bath this morning she said to Pauline ‘I think I’ll write a film’. Pauline said ‘What will you call it?’, and Susanna replied ‘Dirty Water’.

8/3/98 – I took Sean and Susanna to Andy’s party … They had done their own cards. Sean’s showed his surreal sense of humour. A man eating at a table says ‘I love cabbage – but there’s two fish in the room.’ One lifts a flap to reveal two large kissing fish.

9/3/98 – I collected Sean from school – all the way home he related the story of St Patrick to me, Mr Neary having told it in great detail. ‘Did you know that he was chased down the road by pirates?’, etc.

10/3/98 – Pauline rang the ISPCA, who will be coming to collect the cat – before the kids get home, we hope … This came to pass – a man came and put the cat, which we’d allowed into the house, into a cat basket and took it away. He said it was the largest female he’d seen. We concocted a story for Sean about the owner coming to collect it, having seen our poster in the supermarket … I collected Sean, and explained about the cat – he was quite sad, though he accepted that our account of what had happened was the best thing. Later, in bed, he cried about it – he was very attached to the cat.

11/3/98 – Pauline and the kids had a ‘picnic’ in the afternoon and watched Lightning – The White Stallion.

17/3/98 – Sean and Peter had ‘invented’ and constructed a sturdy buggy-type thing, quite large and battery-powered, of which Sean was very proud. He and I stuck stickers in his Premier League album, and Pauline put them to bed.

18/3/98 – Sean and I watched the Champions League match between Man Utd and Monaco – a 1–1 draw; Monaco won on away goals. Sean was allowed to stay up late for it, and was disappointed that United went out. I wasn’t, but pretended to be.

22/3/98 – We got ready, and left for Virginia around 11.45. We had a pleasant journey, although the ‘Puff the Magic Dragon’ tape got mangled in the machine, to Susanna’s dismay … [met Pauline’s parents and went to our site] … Sean in particular had a great time playing – he’d brought his ‘robot’, ‘Genesis’, which was much admired.

28/3/98 – Pauline found out that the cat has found a good home – it and another cat were adopted, and now live in an apartment.

31/3/98 – Billy was here with Sean, and their classmate Michael was here for a while … I took Billy and Sean to the end of the road to play football.

1/4/98 – Sean and I watched the whole of Juventus v. Monaco; Sean, being very much a Monaco fan, was disappointed with the 4–1 result.

15/4/98 – Sean and I watched football again – I was pleased to see Real Madrid overcome Borussia Dortmund to get to the Champions League final.

18/4/98 – Pauline took the kids to Stillorgan; Sean was going to a birthday party in the Quasar place … [later] Pauline took Billy and Sean to the playing fields near Nutgrove but the football was cancelled – I took them to the end of the road for a while.

19/4/98 – The four of us left for the Premier League swap shop at the Point, where we did a lot of swapping and sticking of stickers.

23/4/98 – Sean and Susanna both had a visit to the dentist at the Health Centre in the afternoon (their first) – both were given clean bills of dental health.

27/4/98 – Sean’s school is off to the National Concert Hall … Sean had a good time at the concert hall – he particularly likes the brass instruments, and would like to learn how to play the trumpet. Susanna wants to learn the drums.

29/4/98 – I walked to Dundrum and back – bought The Twits for Sean and some cat stickers for Susanna. Later helped Susanna to construct her own sticker book.

2/5/98 – Pauline took Sean to his football (Albion lost on a penalty shoot-out).

4/5/98 – Pauline took the kids for a picnic to Knocksink – they were meeting up with June and the kids.

5/5/98 – Pauline went through the How Your Body Works book with Sean, and explained about sexual intercourse, which appeared not to faze him at all. He asked Pauline if she had known about it before she read the book. When she and he went to get Susanna he seemed very shy, wanting to avoid kids in the playground and so on, which is a bit strange. Sean can be a conundrum … [later] Sean and I did some football practice at the end of the road until it started to rain.

6/5/98 – Sean had to learn a poem off by heart for the first time – I now know it off by heart myself – ‘Rufty and Tufty were two little elves/Who lived in a hollow oak tree.’ Susanna caused amusement by rendering ‘He could make a fine cake without weighing amounts’ as ‘without weighing a mouse’.

9/5/98 – Sean’s last, eagerly awaited football match was at 6. Albion played a 0–0 draw with Rovers and Sean played well, recent practice having paid off. He nearly scored a goal. Then there was a penalty shoot-out, which Albion won 5–3 although Sean’s penalty was saved. Pauline and I were disappointed, as he would have been so thrilled to score. Winners and losers got medals, so he was thrilled with that and slept with it under his pillow.

13/5/98 – Sarah and Louise called to the door and said that Sean had been knocked down by a car at the end of the road. I said that it must be some other little boy; Sean was in the house. I saw a man carrying a little boy in his arms, thought that it did look a bit like Sean, and sat back down to dinner. Then Pauline realized that Sean wasn’t in the house after all, and the man arrived at the gate carrying him, with several other people accompanying them. Sean’s hand was bleeding, but he said he was all right and it was immediately obvious that there wasn’t very much wrong with him. His bike was pretty wrecked – he’d been crossing the road on it, something he’s only been allowed to do since Sunday. The young woman who’d been driving the car was very upset and gave us her name and phone number. She said something about panicking and pressing the wrong pedal. We put Sean in the bath – he had a small but deep cut on his hip and other scratches and potential bruises – and Pauline rang the woman to say that Sean was all right. It sounds like it wasn’t his fault – he says he was very careful and was mounting the kerb when the car hit him. He was amazed at having survived being knocked down, and later told us how he had laughed as he was flying through the air. He and I watched the Chelsea–Stuttgart ECWC final, which Chelsea won 1–0.

14/5/98 – Sean had said just after the accident that he didn’t want to school today, and so it was – he was bruised and sore, and we let him stay at home … Pauline did some writing with Sean.

15/5/98 – Sean went to school, to find himself a cause célèbre, which pleased him … [later] I took Sean to the playing fields and we played football.

16/5/98 – A beautiful white dove landed on our roof and has been there for hours – Pauline and I take this as an omen … I did some work on the ISS book, and made friends with the dove – I fed it muesli and it even came into the house. Now as I sit in the office it sits at my window and looks in.

18/5/98 – Sean generally walks as far as Matthew’s house with Matthew and then home on his own with his heavy schoolbag – I walked part of the way with him today … The woman who had knocked Sean down called to see how he was.

21/5/98 – Went out to meet Sean round the corner on his way home from school, as is now my habit. We all walked to Marley Park later and ran around a bit – it was a lovely evening.

30/5/98 – Pauline drove to Blackrock Market, dropping off the kids and me at Marley Park. We walked to the playground and they played for the best part of an hour, then they had a go on the model railway and we walked home.

31/5/98 – Watched some TV, including a rather scary documentary on alien abductions. Went to bed expecting to be abducted by aliens.