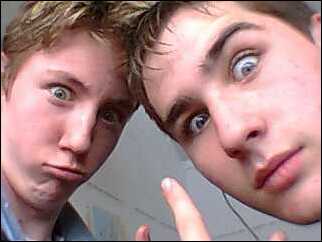 ‘Valerie’ is a track from what I now think of as the golden age of listening to music with Sean, while we were working or playing on our computers in the evening – probably in his Leaving Cert year of 2007/8 – and he introduced me to a lot of music I hadn’t known.

I really took to this track, and Sean used to play it a lot … I associate it with Against Me’s ‘Thrash Unreal’, which was another favourite at the time. The Amy Winehouse version is good, but we both preferred this one. The video is pretty cool too. It’s a fun song to sing and play on the guitar at a session, as I have discovered.

Sean never played any other Zutons songs as far as I remember. ‘Valerie’ is The Zutons for me, and the The Zutons are ‘Valerie’.