Some diary extracts … July to December 2002 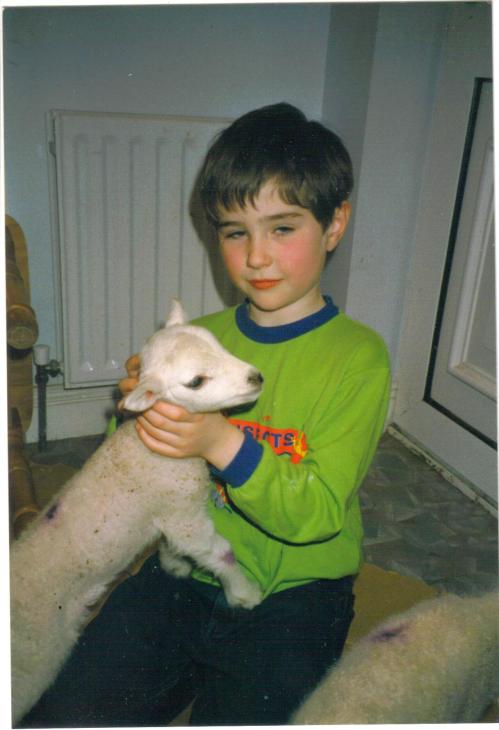 28/7/02 – Sean’s 11th birthday … Pauline and I gave him the ‘Art of War’ Cossacks add-on – he was thrilled with it. Susanna got Sean a rugby ball for his birthday. AJ, Andy, Robert and Martin were here from about 2, running around with Sean and firing pellet guns. Pauline took them all, and Susanna, to the cinema in Navan, where they saw The Crocodile Hunter, and then to McDonald’s.

13/8/02 – I concreted some posts in position for the chicken run, with some help from Sean.

22/8/02 – Pauline, Sean, Susanna and I got a taxi to the station, and went to London. We went to the Natural History Museum, and had lunch there (Sean got into a prolonged huff because he wanted to go to the Science Museum.) [We met some friends in the London Bridge area and had something to eat …] Around 8.30 we walked down the riverside to the London Eye – the kids and I went up it. Wonderful views of London. This whole episode had a magical, romantic feel – London was relaxed and at its best.

27/8/02 – Sean cycled home from Robert and Martin’s with a two-pound rainbow trout that he had caught with a net in their pond (he later cooked it for himself). Later he and Andy fished for perch in Virginia – Sean caught two.

28/8/02 – Sean and Andy did some fishing in the lake. I cooked a pasta dinner for Pauline, me, and four kids including Andy. While Pauline and I were eating in the kitchen, we noticed that maggots had crawled out of Sean’s fishing box and were all over the floor. They took quite a lot of gathering up, and spoiled Pauline’s dinner. The hens gratefully ate them.

12/9/02 – Sean rescued a baby rabbit from Tiger … Sean cycled to Gaelic football training in the field beside the school, and back. He must be pretty fit.

29/9/02 – We lit a fire, and Sean and I had a few games of chess – first time in ages, as we didn’t play it much last winter but a lot the winter before. I noticed, across the chess board, how big Sean has got.

5/10/02 – Sean did his first proper, structured day’s work, for which we paid him €10. He mowed the lawn for the first time, and did some other chores.

9/11/02 – Pauline continued to get ready for tomorrow’s fair. Sean helped by tying labels onto glass items – he’s been doing a lot of this lately.

11/11/02 – Sean suggested that we go to one of the upcoming rugby matches. We booked three tickets for the Argentina game online – Pauline felt that she would be too busy to go.

23/11/02 – [Sean, Susanna and I] were in the ground very early, but the kids enjoyed everything. The game itself was marred by the rain and the large amount of water on the pitch – it wasn’t a very good match, but it was the kids’ first rugby international, Ireland beat Argentina 16–7, and we all did a lot of cheering.

16/12/02 – Because Sean was very tired after all the work he’s been doing for Pauline, we decided to let him stay off school.

25/12/02 – The kids woke at 8.05, and we went down to see the presents. They were delighted with their bikes. They also got other stuff including the FIFA 2003 football game for Sean and two Bratz dolls for Susanna … I kicked a ball on the lawn with Sean, to try out his new gloves.

Filed under Death, Ireland, Memories, The music of what happened

7 responses to “Some diary extracts … July to December 2002”