A photograph by Sean 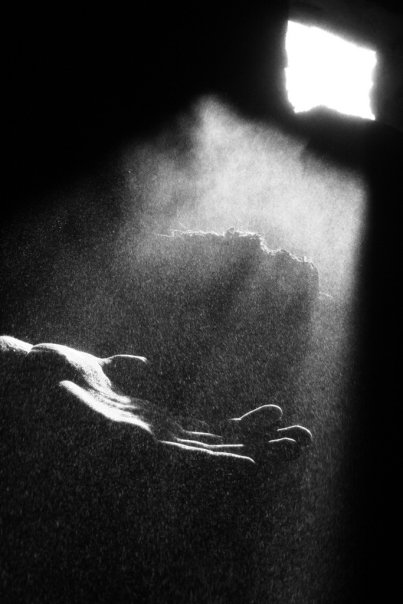 Sean took this a few years ago, in an outhouse across the road from us. The hand is that of his friend Aaron, I think. They had raised some dust, which gave an unusual effect. The old man who lived in the house had died some years previously, just before Christmas.

Many of the photos Sean took have probably been irretrievably lost … those that we have I shall post over a period of time. Some, we think, were on a battered disk drive that he used to take to college, which was probably discarded. He took some good ones of members of a Virginia rock band, for its promotional use. He also did the photography for a CD by a singer-songwriter.

39 responses to “A photograph by Sean”